Mistakes help us learn and improve our businesses. While it is impossible for us to never make a mistake, you can limit the errors made by learning from others. Accounting mistakes from large businesses are often highly publicised and so much can be learnt from their experiences.

So what are the three biggest accounting mistakes from large corporations and what can you learn from them?

Once ranked the most innovative company in America for four years in a row, Enron suffered significantly when it was caught up in a scandal. Enron was innovative in the way it traded energy online, like stocks and bonds, transforming the once cumbersome energy market into a profit generating market allowing customers to be assured of a steady energy supply at a predictable price. While this is the basis of their scandal, it was also good for customers and business.

Then Enron tried to diversify, trading in other markets including newsprint, television advertising time, insurance risk, etc. Enrol invested billions into these markets and the contracts but it didn’t always go to plan.

Its accounting failure was one of the biggest shocks in the western economy. They essentially set up partnerships where they could hide losses and generate revenues that never existed. One example of their account prowess was when they made a deal with Blockbusters to rent films out online. The deal failed within one year, but another partnership that Enron had set up with a Canadian bank was started. This one was a loan to Enron in exchange for a share in the profits in the first 10 years of the Blockbuster partnership.

The Blockbuster partnership never made any money, but Enron still counted the loan as profit.

When their accounting irregularities were found out, Enron quickly collapsed and was bankrupted. But also several of their senior management team had been sentenced by the US courts to time in jail. In another twist, Arthur Anderson, then one of the big five accounting firms, also got caught up in the scandal and although acquitted of serious misdoing by US courts, suffered severe damage to their reputation. The company went from having 85,000 employees in 2000 to just 200 in 2007 and the business struggles to continue.

Another commonly quoted accounting scandal was at the Lehman Brothers. The ordeal for Lehman Brothers started on 15 September 2008 and resulted in the largest bankruptcy in US history. The result was one which we are still living today and influencing the soon to happen General Election as the government continue to push the UK’s economic recovery.

The Lehman Brothers problems started when it made significant misjudgements on investment decisions and then repeatedly violated basic banking principles by borrowing short-term and lending the proceeds on long term ventures.

The bank made misleading statements regarding their activities that would paint a more favourable image of their financial health and credit-worthiness. Also their accounting team would use legal and semi-legal mechanisms to manipulate their accounts. Then the banking executives would reward themselves with big bonuses while the bank slipped into bankruptcy.

In the end, creditors of the bank were only able to claim back 14% of their original investments.

When Tesco announced that it had found accounting irregularities, there was a storm. According to its CEO, the profits for the six month period ending in August were overstated by £250 million. This was done by paying their suppliers later and charging them sooner for the right to be a supplier.

The value that was overstated was worth approximately a quarter of its profits and had a significant impact on the business. The main problem was that the business suffered a loss of reputation that resulted in the April 2015 losses announced by the company; the first in many years. The company also had to close down several stores and stop their expansion plans.

There is yet to be an end point for this incident as an investigation is still ongoing as of April 2015. However, considering the company is suffering from lower customer footfall and lower revenue, it is very possible that the company will suffer further and lose its grip on the UK market.

By taking a look at the experiences of others, you can learn how not to make the same mistakes in your business and thus have a healthy, financially stable company. The businesses noted above have severely suffered from their accounting mistakes; learn from their experiences and you’ll be better off.

Talk to Tectona to learn how critical it is to have the right (meaning accurate, robust and timely) management information and just how easy it is to achieve it. 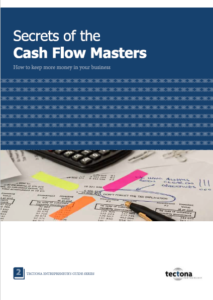 Got a question, ask one of our FDs for free

We use cookies to ensure that we give you the best experience on our website. If you continue to use this site we will assume that you are happy with it.Ok